What Will Be Here? is a sci-fi audio drama about living on a doomed earth and building things anyway. This 10-episode limited series launches November 21, 2021.

At its core, this show is about living and creating when things feel pointless. It's a story that came out of the pandemic, and the landscape in which this story was written and produced greatly influenced how it turned out. What Will Be Here? is set on earth 200 years in the future, where large-scale crises are fully normalized. But despite the bleak backdrop, this story is one of hope - of overcoming challenges, of making things that might be temporary, but also things that might be launched into space and continue on forever. 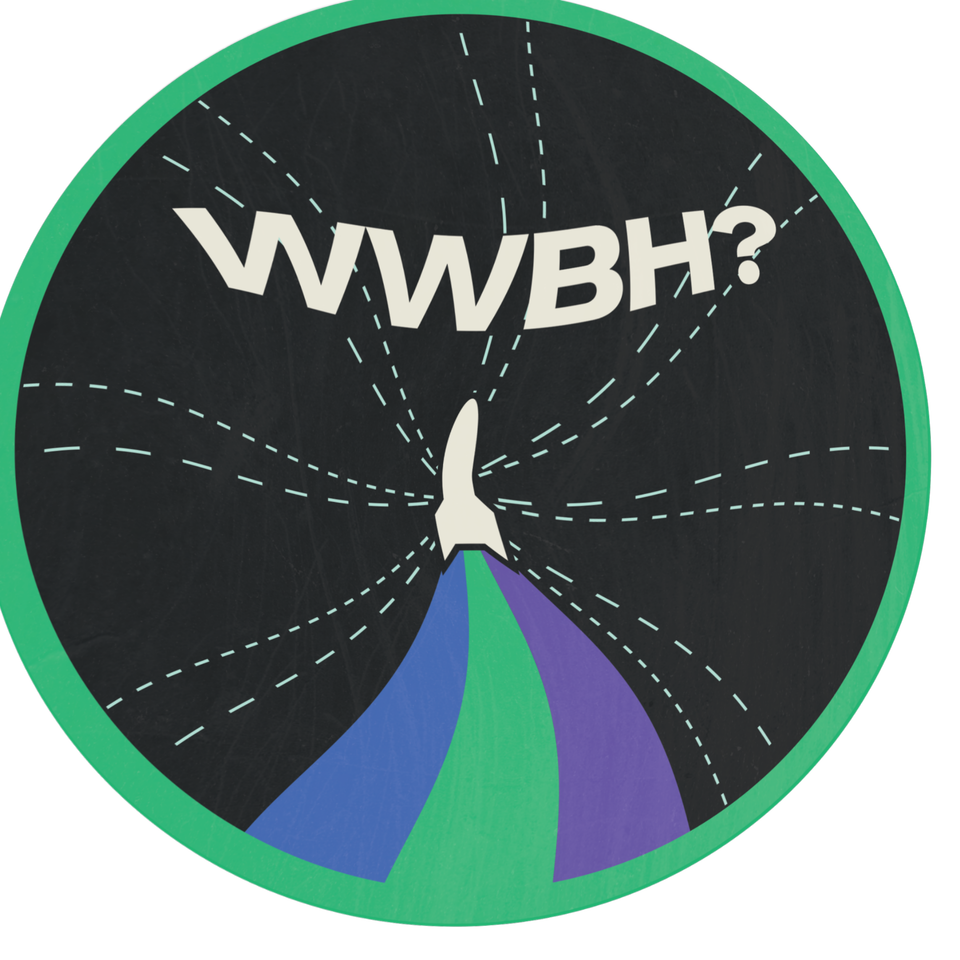 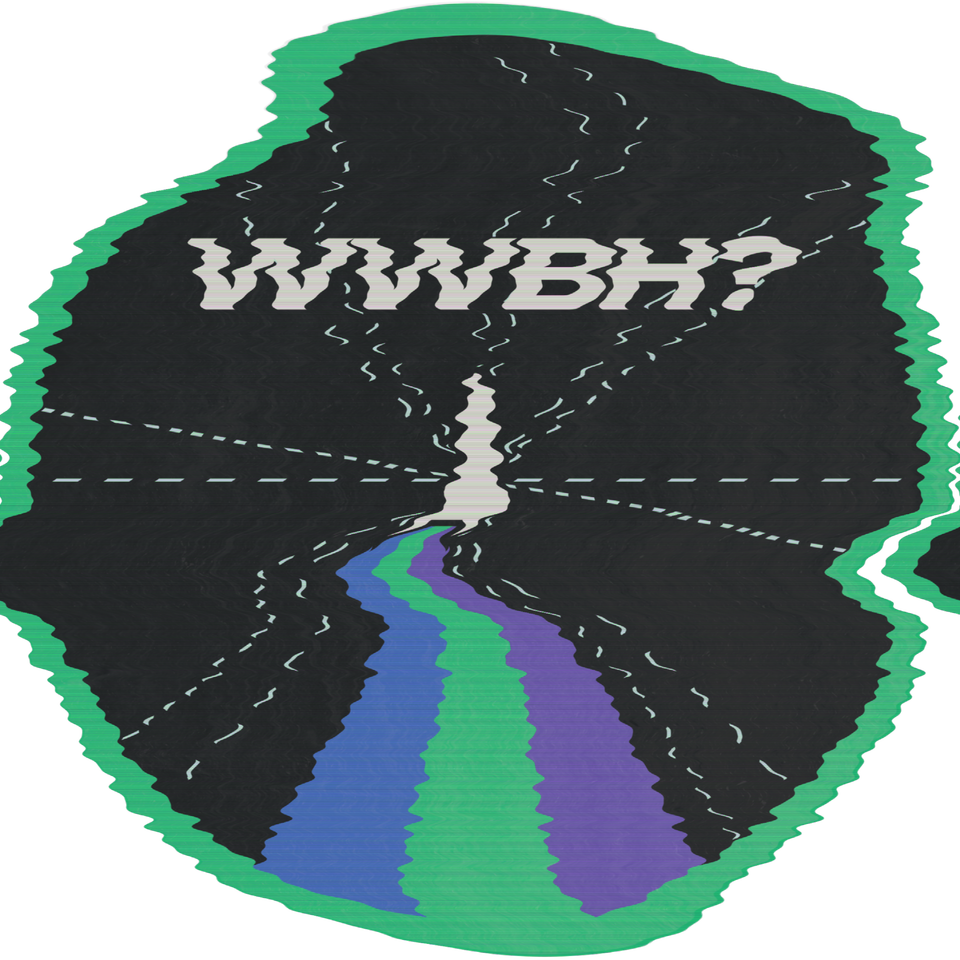 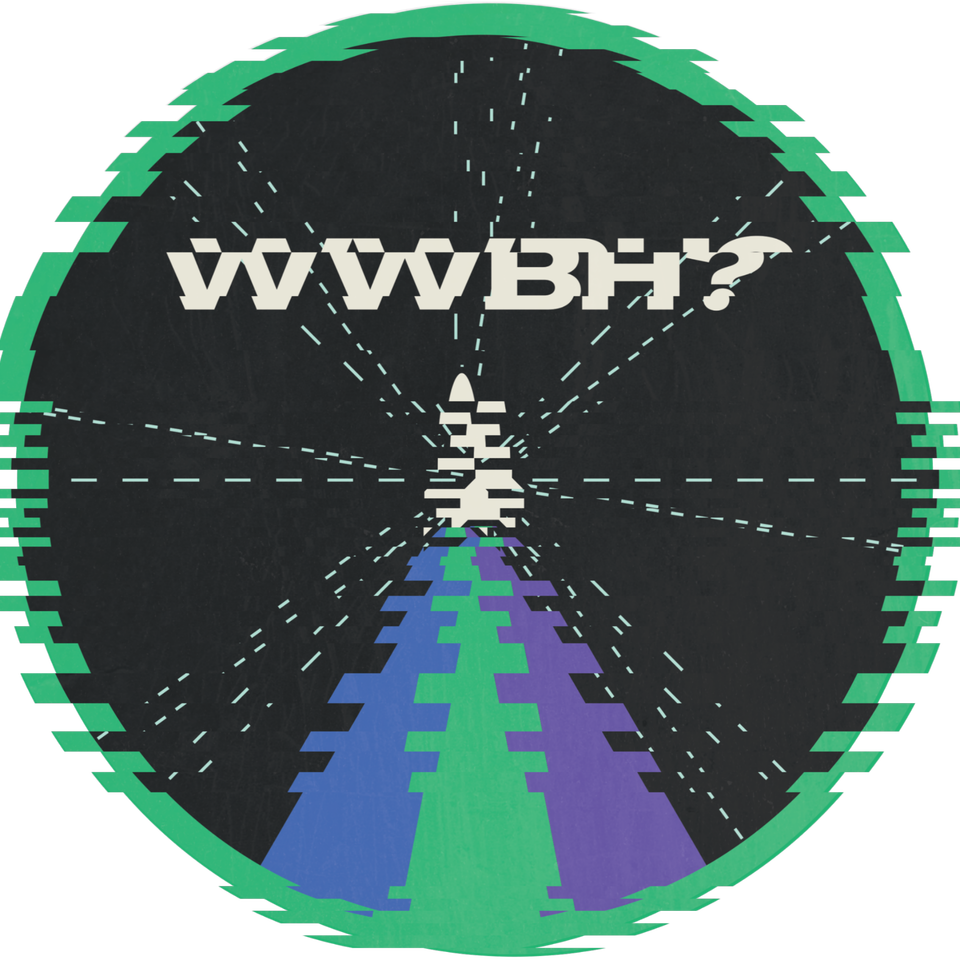 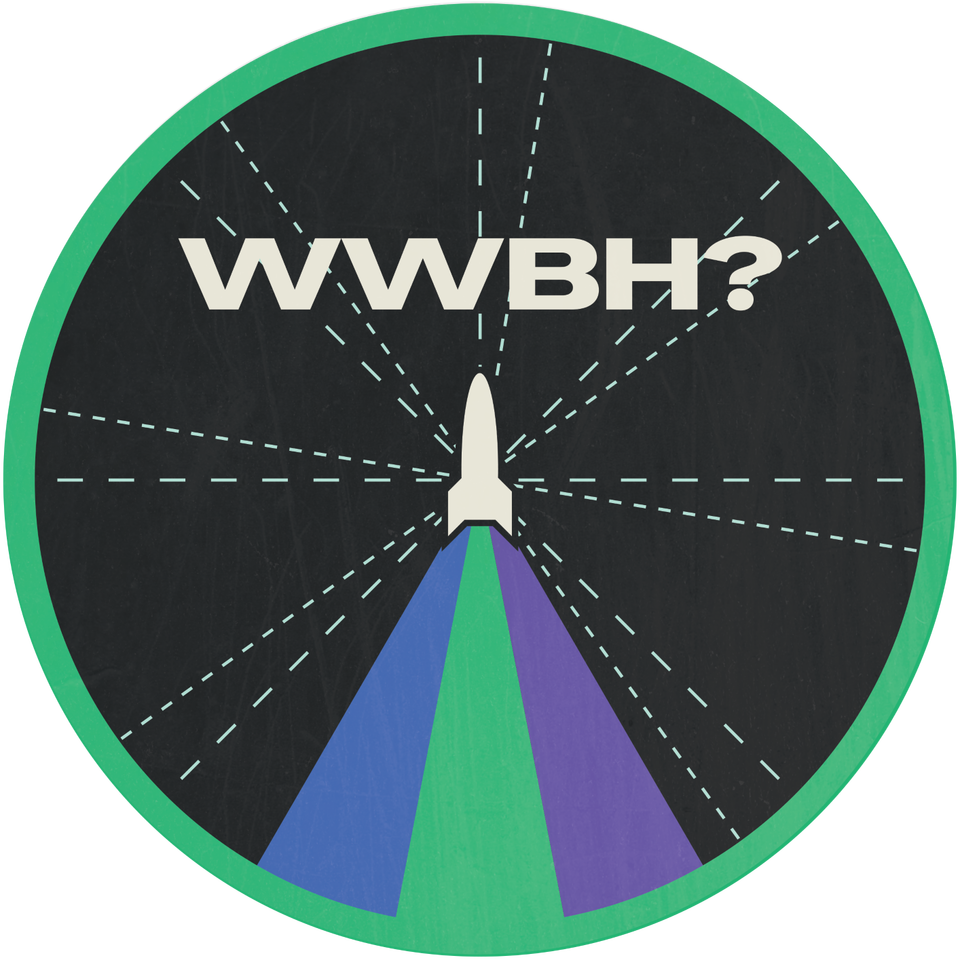 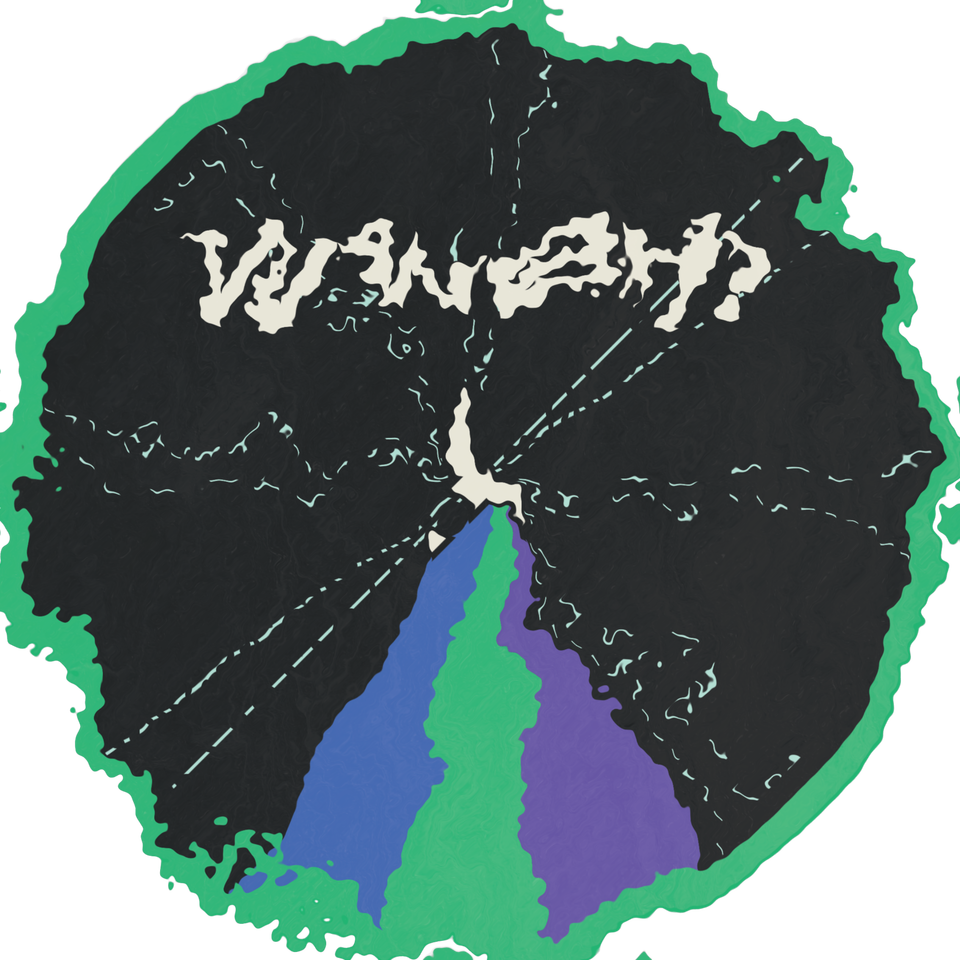 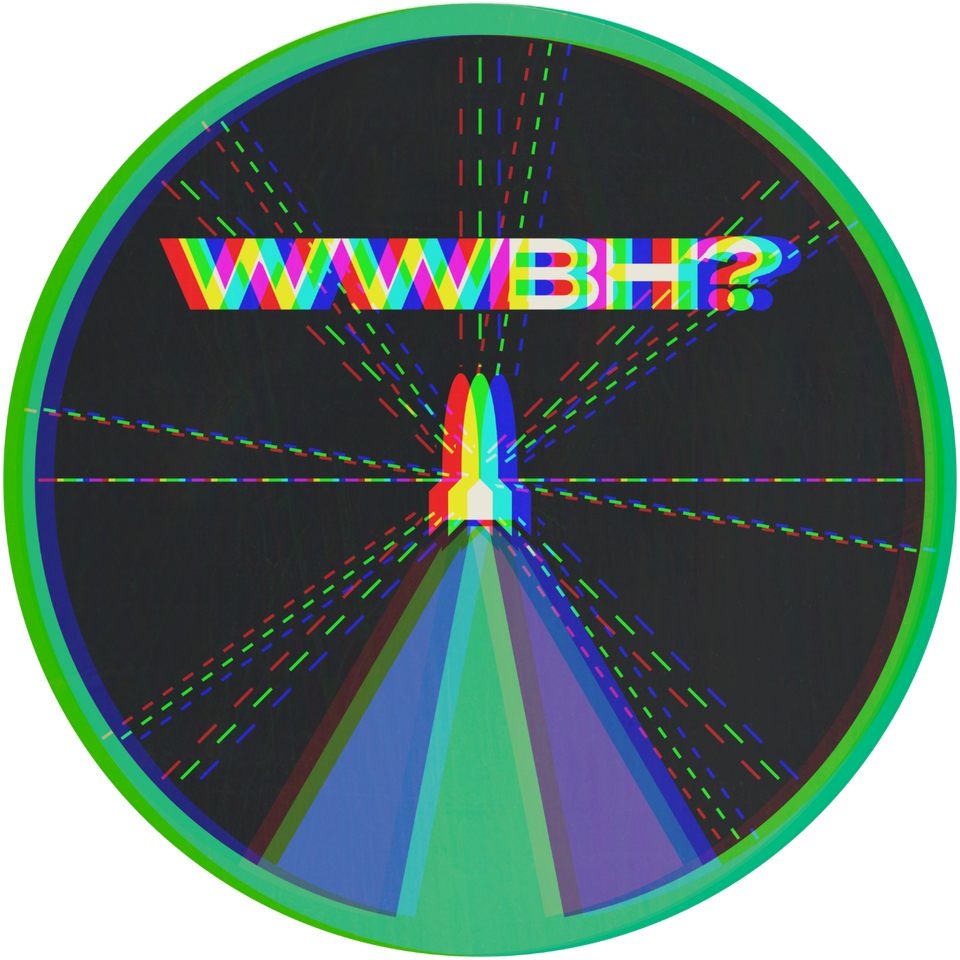 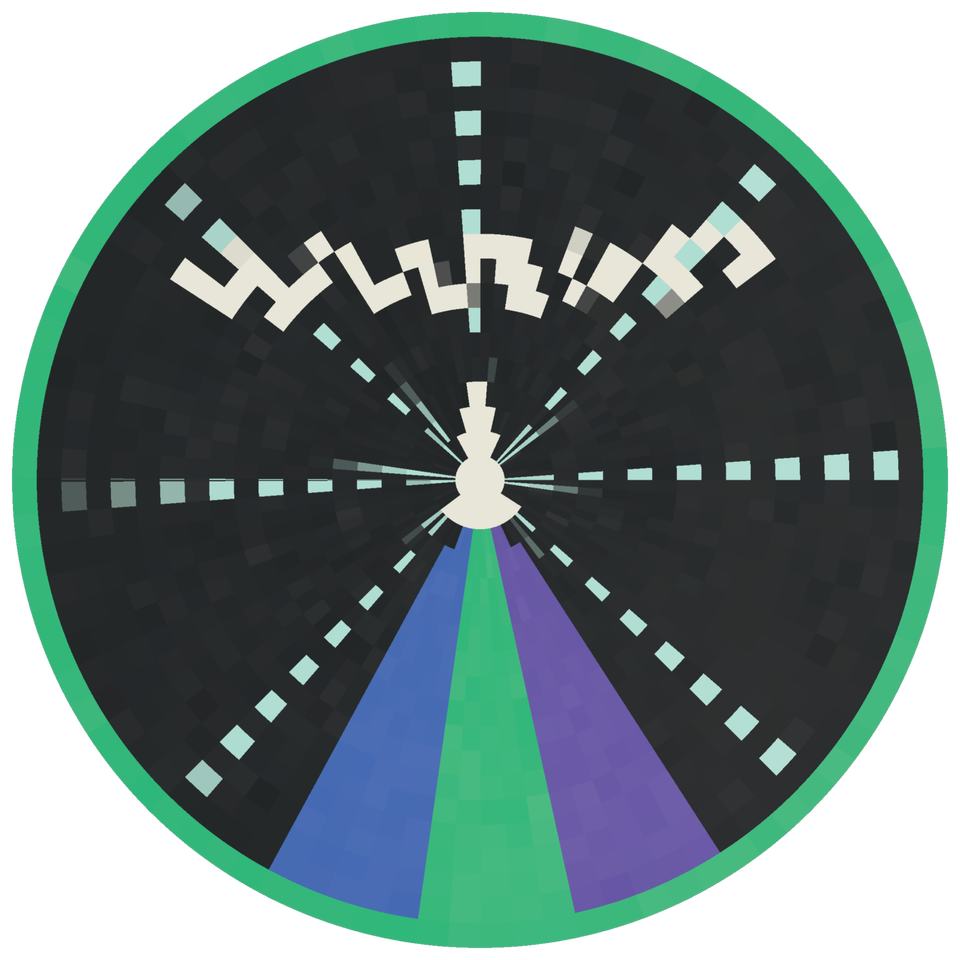 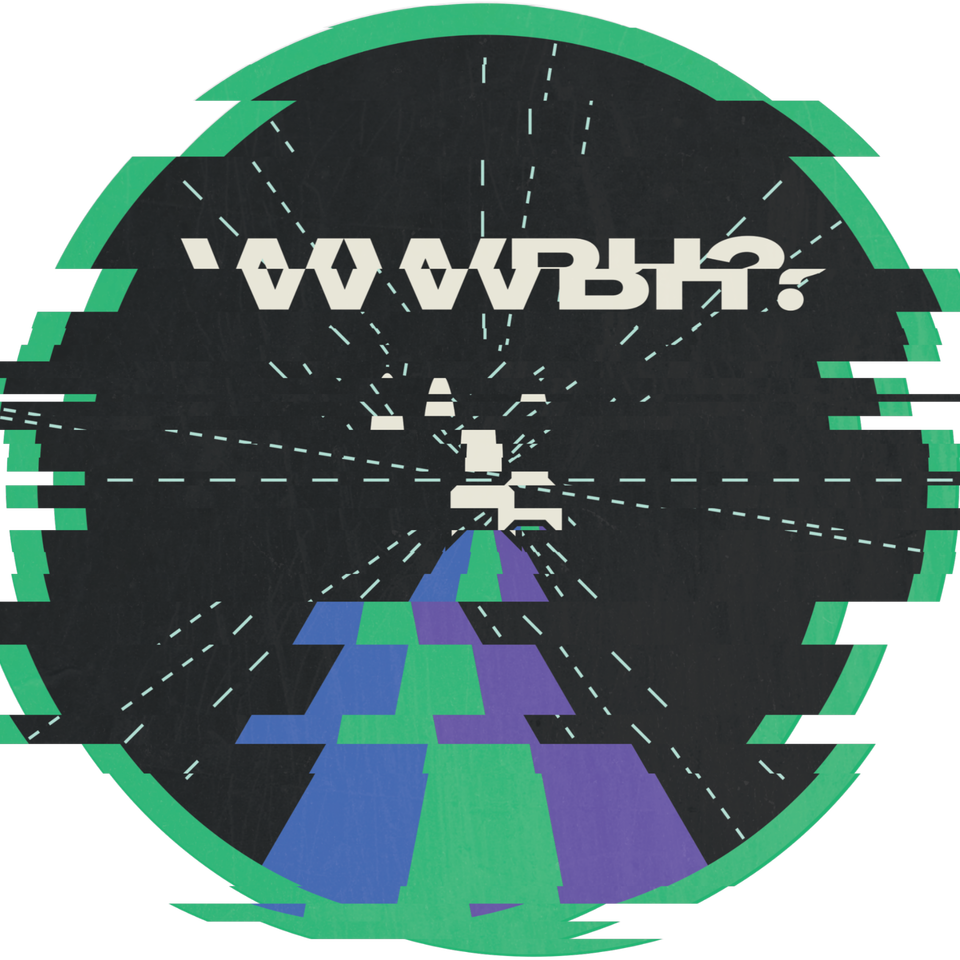 Full episode transcripts will be linked in the show notes and here on this page when the episode airs. 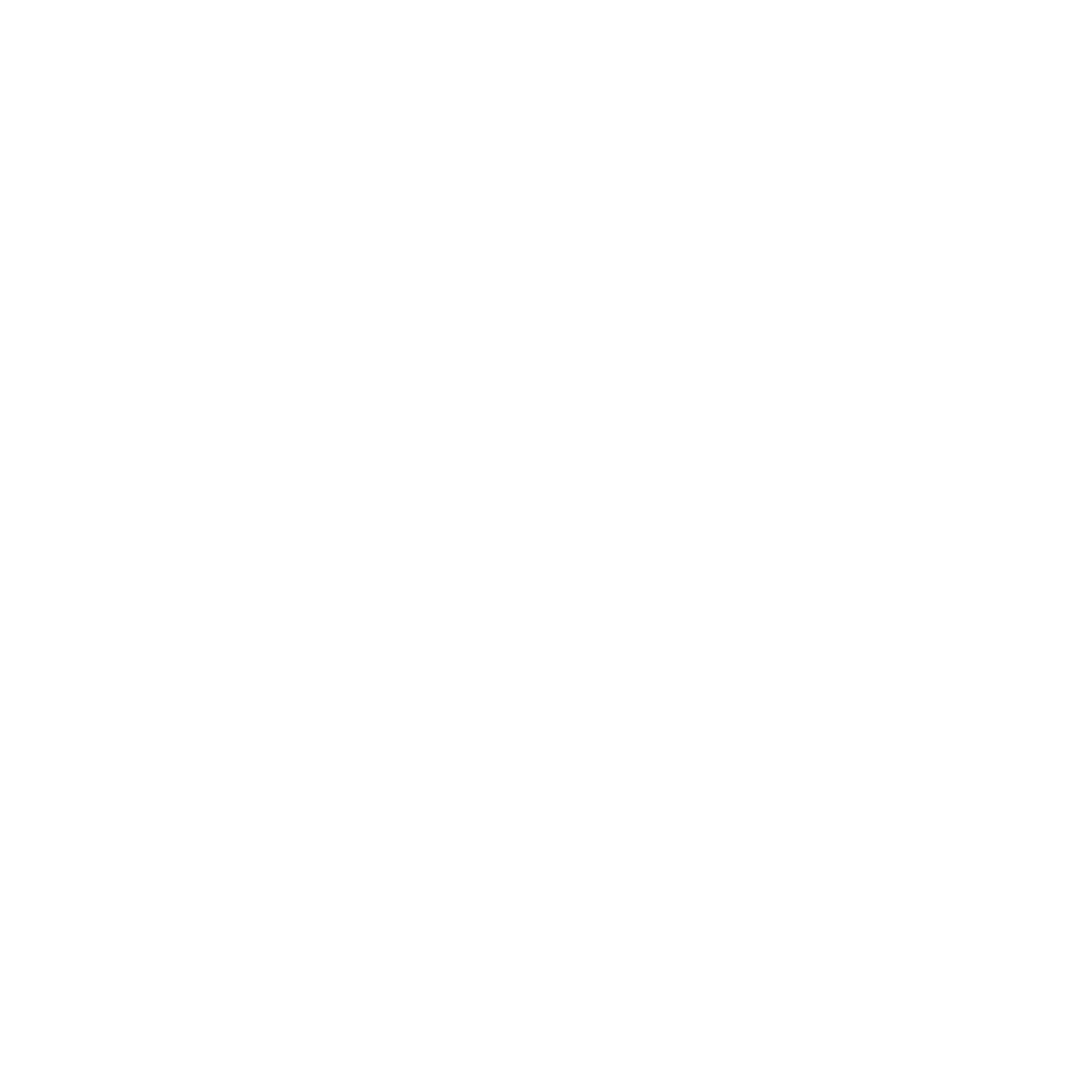 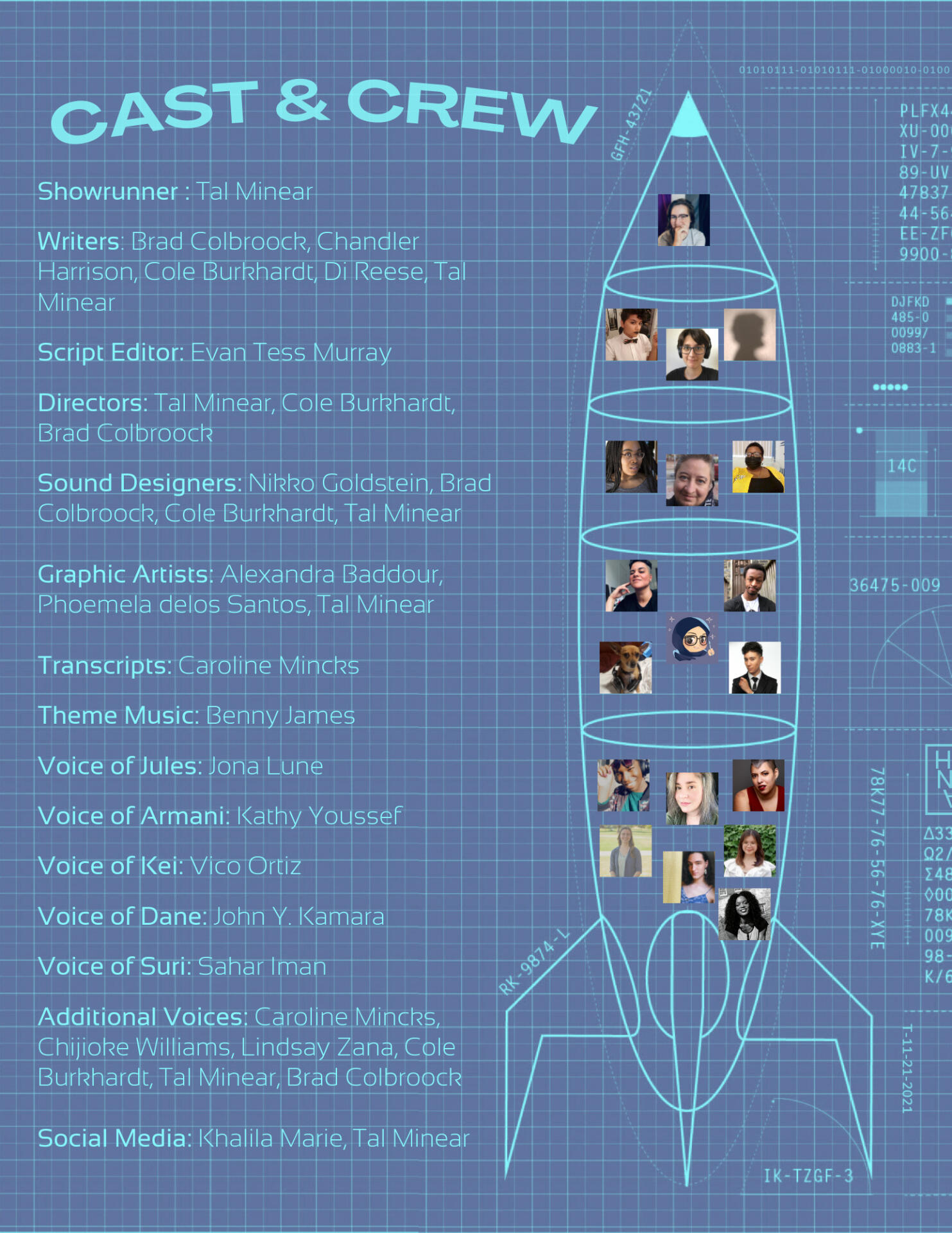 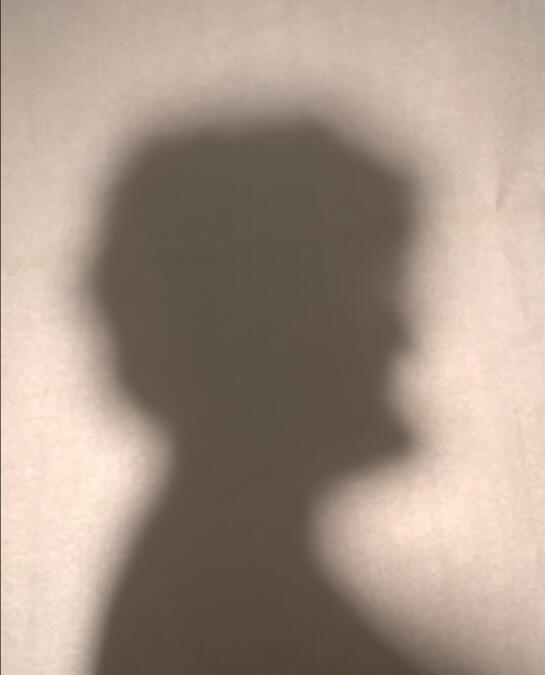 Brad Colbroock is rumored to be a human who works in lab which conducts highly reputable scientific research. This claim is unsubstantiated and should be taken with a grain of salt. There is much greater evidence that they are a voice actor, appearing in the Haunted Hell House of Horror and Aster Podcasting’s Scary Stories Anthology. They can also be found among the cast of Novitero, Christmas Buffet Roulette, and Sector Ø, and occasionally lurking among such shows as Under The Electric Stars, Sage and Savant, and Sticks Shift Incorporated. They’re currently working on their own upcoming podcast about space train while juggling sound work for Sector Ø and Zebulon Podcasts. Brad can be found on Twitter as @holographicVA and at holographicva.carrd.co. 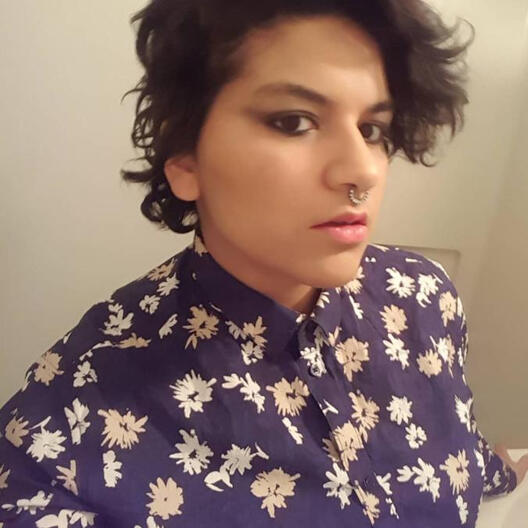 Cole Burkhardt currently resides in Washington D.C and has been voice acting and producing audio for over three years. He is the Creator and Co-Producer of the Piece of Cake Podcasting Network, a network devoted to helping people of color within the podcasting industry. He has been in a variety of podcasts including Godshead Incidental and Unplaced and is the writer and director of Null/Void. When he's not voice acting or editing audio, hes going to conventions across the East Coast, discussing gender and sexuality in video games and anime. Find Cole on Twitter at @KingColeMiner and at coleburkhardt.carrd.co. 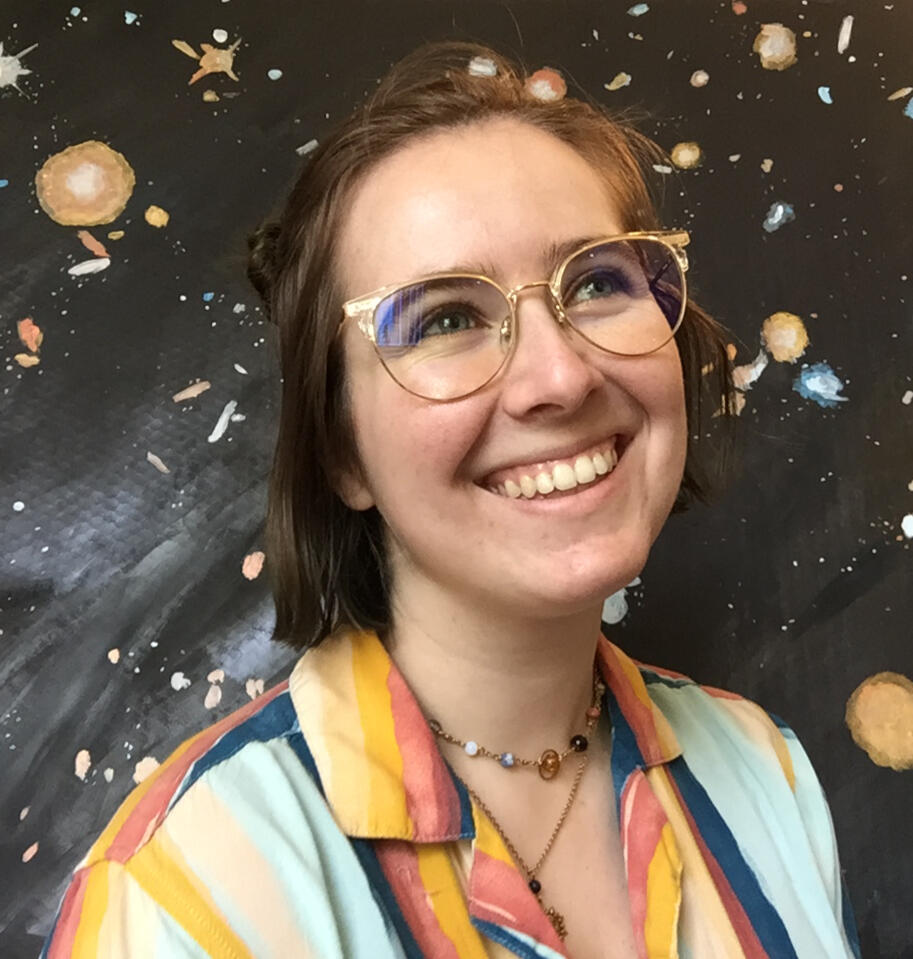 Tal is the producer of Sidequesting, What Will Be Here?, Light Hearts, and Someone Dies In This Elevator, and is working on several upcoming projects for Parazonium Podcasts and The Shadow Network. Their voice can also be heard in audio fiction shows such as Novitero, The Path Down, Deconstructive Criticism, and more. Tal does sound design for Seen and Not Heard, Surreal Love, and their own podcasts, among others. They write about audio drama production on Medium and for Discover Pods. Find them on Podchaser here and follow them on Twitter @starplanes. 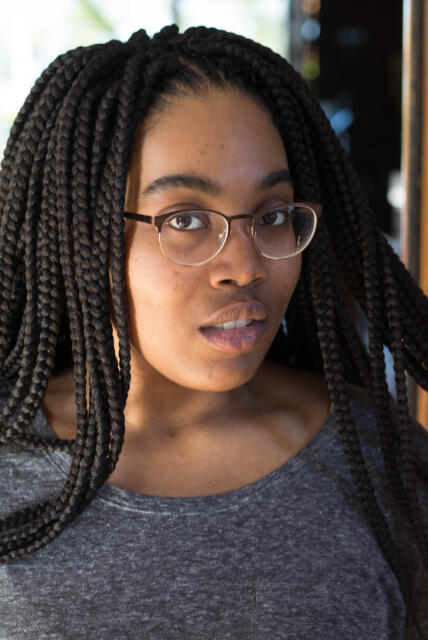 Chandler Harrison is a teacher, voice actor, writer, singer, and artist based in Baltimore, Maryland. Her voice can be heard in Project Ozma, as well as Di's podcast, Hero's Guide! In her free time, she enjoys writing thinkpieces about Naruto and the Hellenic gods, or spends her time singing on her YT channel and posting art to her IG: @squickyart. 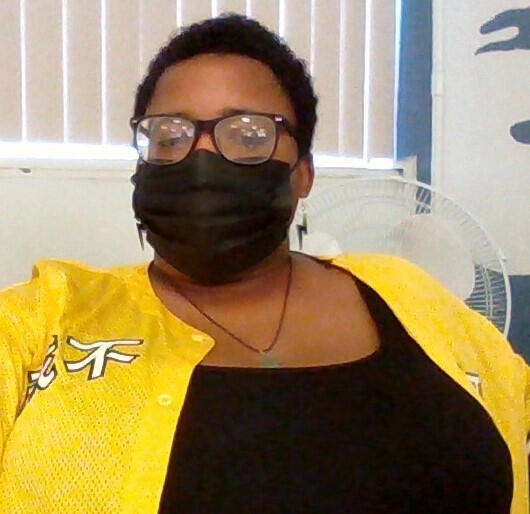 Di Reese is a self-proclaimed artist, podcaster, and all-out disaster. Originally from Atlanta Georgia, she moved to Cali to get her life in order and arguably succeeded. When she’s not creating plot lines for new stories, or fantasizing about the apocalypse and rather or not she’d survive- she writes for and draws her webcomic Love Sick on Webtoon and runs an art blog on Instagram @doodles_by_di. 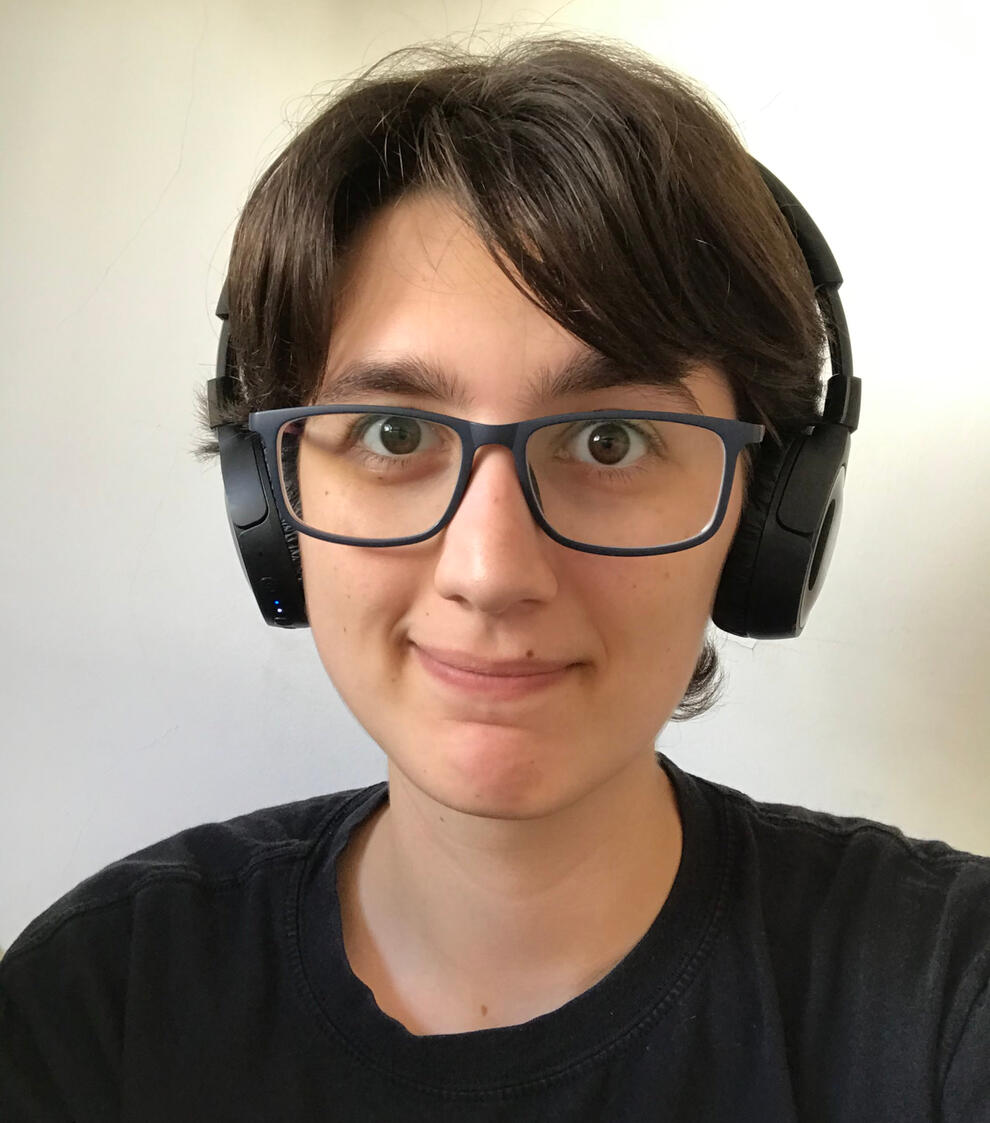 Nikko is a sound designer and writer, currently agonizing over deciding the course of their adult life. In the meantime they are trying to learn a little bit of everything, and have as much fun as humanly possible. A big fan of all things friendship, space, and AI, they are involved in several projects that combine all three. 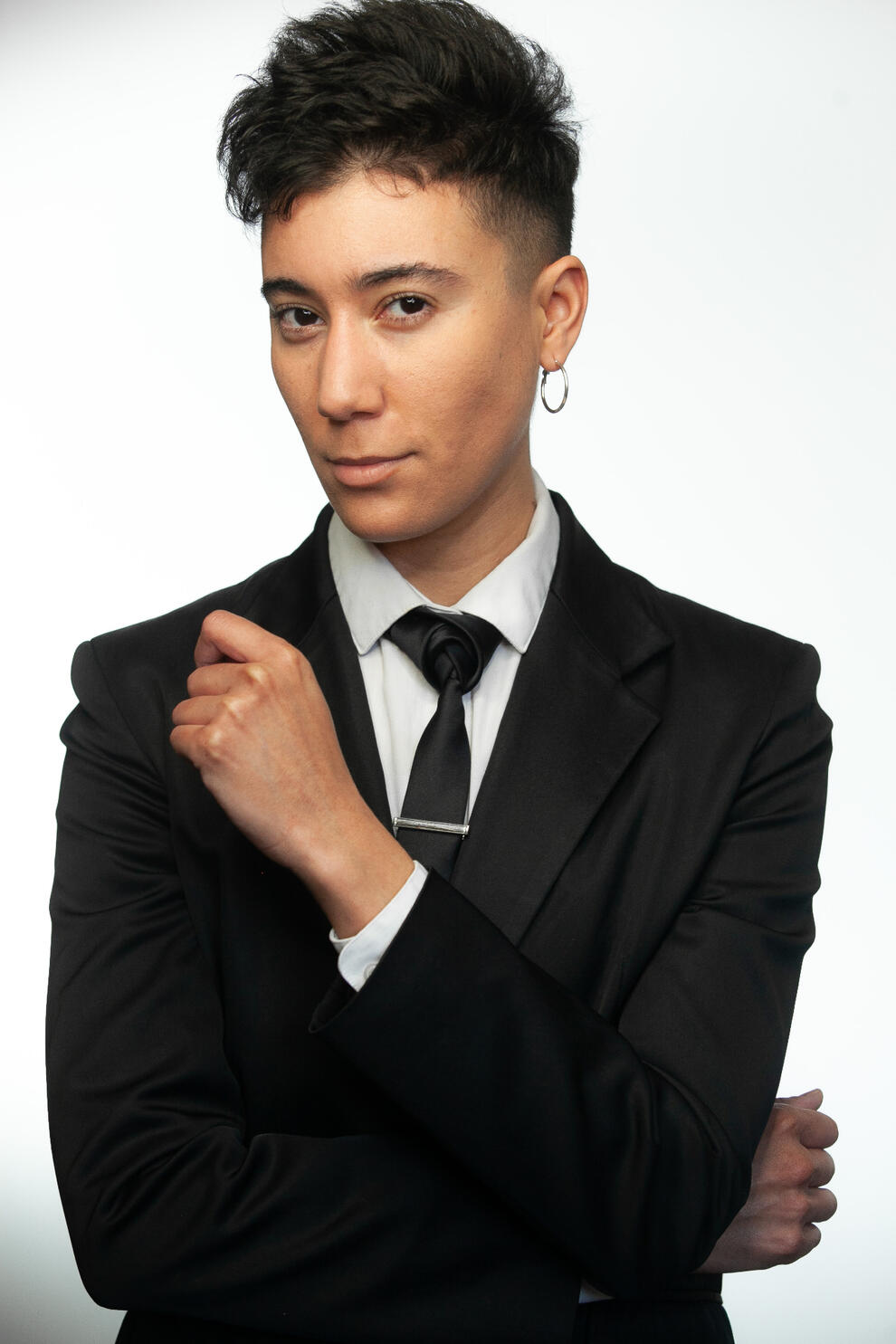 Vico Ortiz is a Latine non-binary/gender fluid actor/activist born and raised in Puerto Rico. Their first breakthrough role was in the hit Amazon series, “Transparent” which opened their career to the LGBTQ+ entertainment community and paved the way to more recognized TV appearances. More recently, Vico has had guest starring roles in “American Horror Story: 1984”, the Starz award winning series “Vida” and the GLAAD nominated Freeform comedy “Everything’s Gonna Be Okay”. Next Vico will also star as a series regular in an upcoming Amazon Prime Video original set for release in 2021.

Vico Ortiz is also a rising star in the world of drag performers creating the original and dynamic Drag King ""Vico Suave'', a character that was created by mixing their Hispanic/Caribbean culture while exploring their own gender fluidity and sexuality. They also made a commitment to use their character of ""Vico Suave"" as an advocate for the LGBTQ+ community. Some of the LGBTQ+ organizations they're committed to supporting are The Dru Project and the Los Angeles LGBTQ Center to name a few. For upcoming shows follow them on instagram @puertoricaninja. 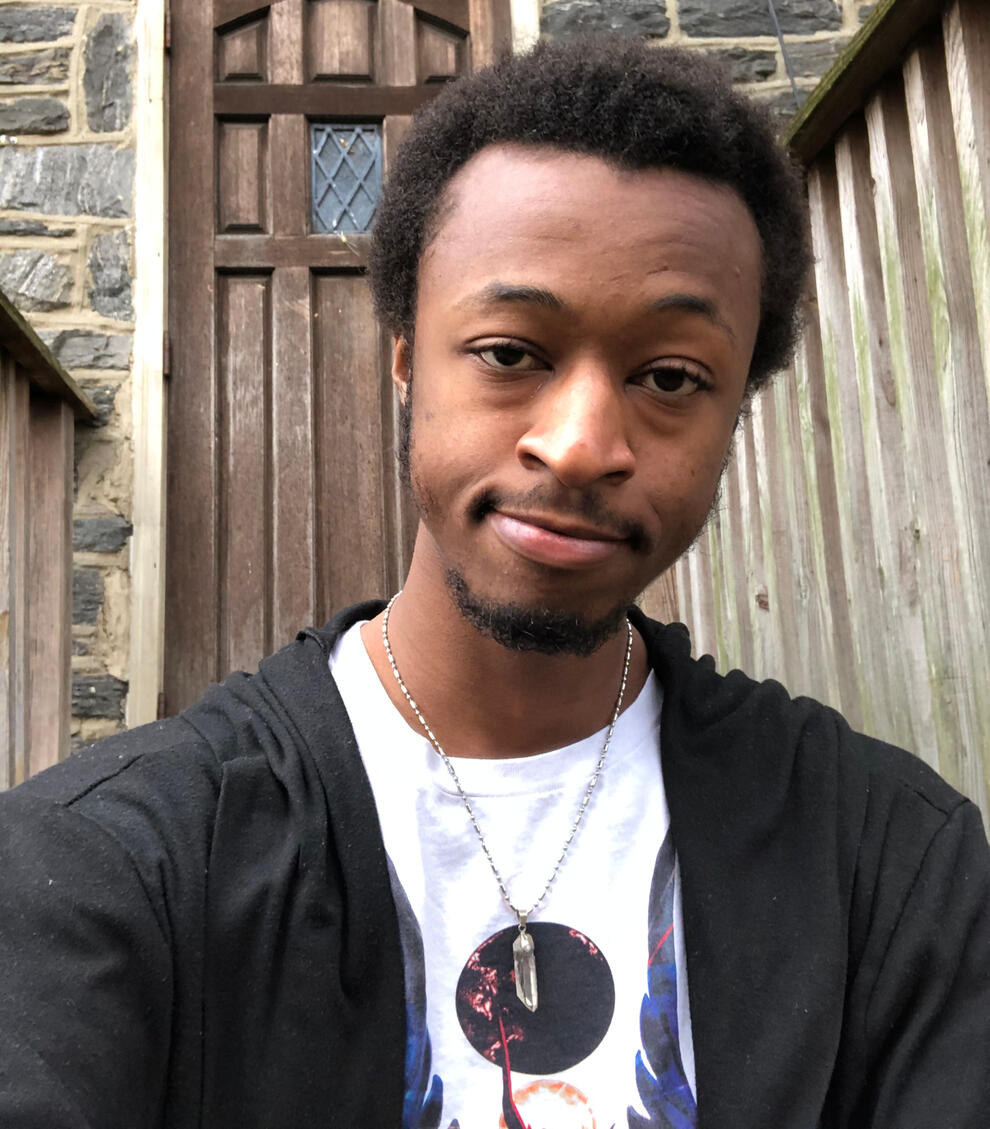 John Kamara claims to be a voice actor, student, and seasoned nerd based out of Pennsylvania. When not in the booth or class he can be found scribbling in sketchbooks, raging at the game with friends, or taking periodical peeks into the paranormal. Catch up with him on Twitter or Instagram at @JohnKamaraVO. 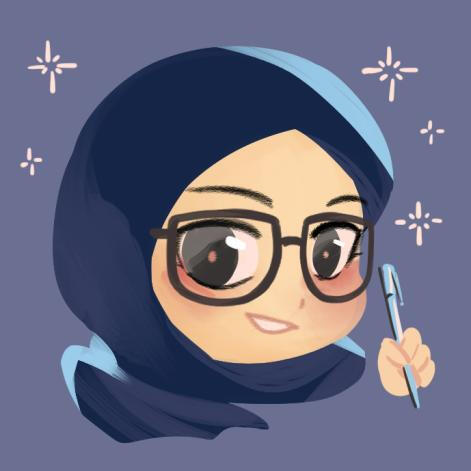 Sahar Iman is a Boston-based voice actor and writer. They've been writing since the tender age of 12, and have participated in online voiceover projects since 2013. When they're not acting or writing, you can find them streaming video games or spending time with their bird. For more information, you can follow Sahar on Twitter or visit their Carrd page! 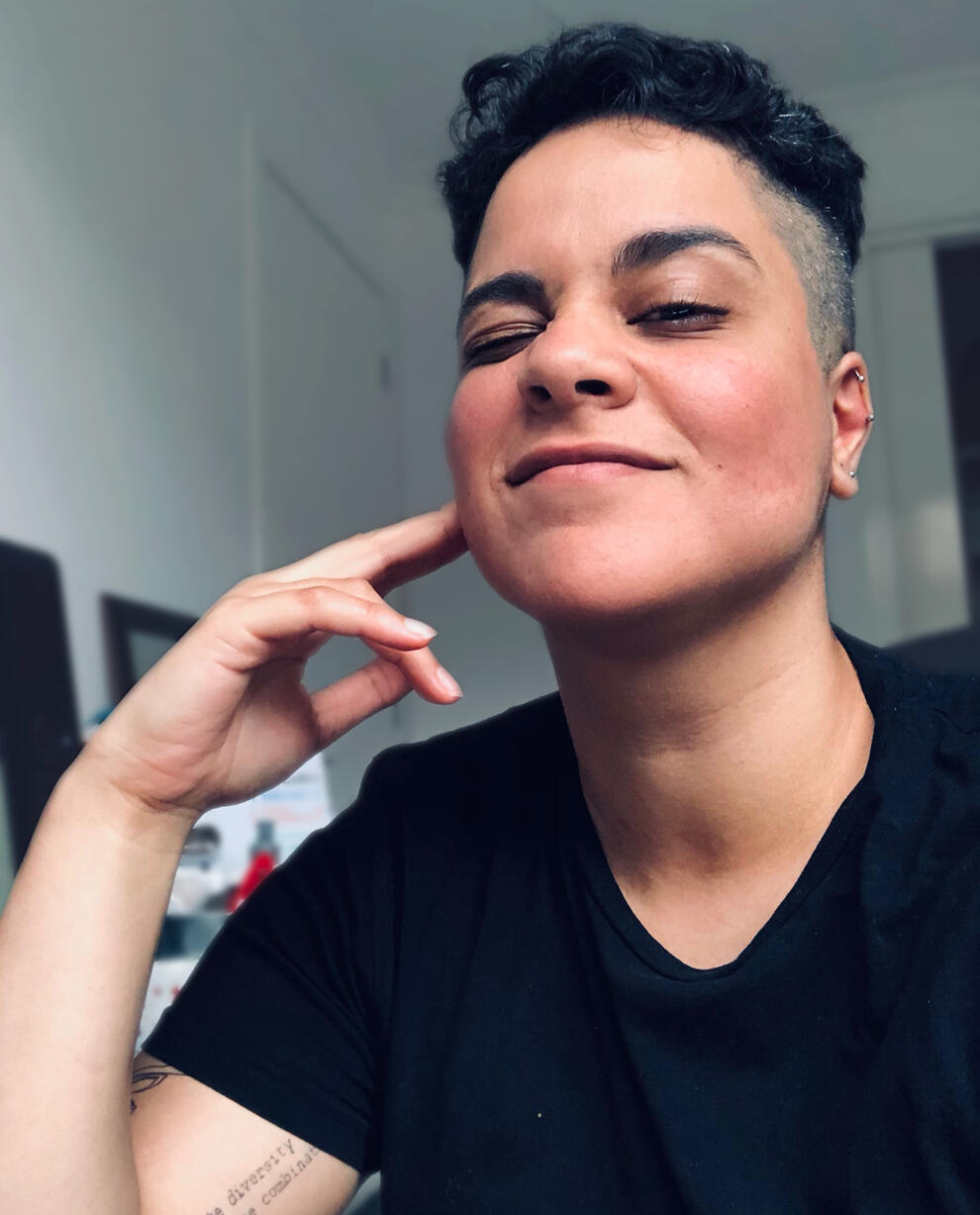 Kathy is a freelance illustrator and comic artist based in Melbourne. In April of 2021 they launched @copperspines, an interactive fiction game company. They are intensely passionate about musical theatre and queer literature, and can usually be found hyperfixating on whichever media property has latest caught their interest. They've spent the last five years playing D&D almost every other week, and have since developed an itch for collaborative storytelling that no one medium can satisfy. WWBH is their first voice acting role. Visual art and current creative projects are on @mnesiologic on twitter and IG. 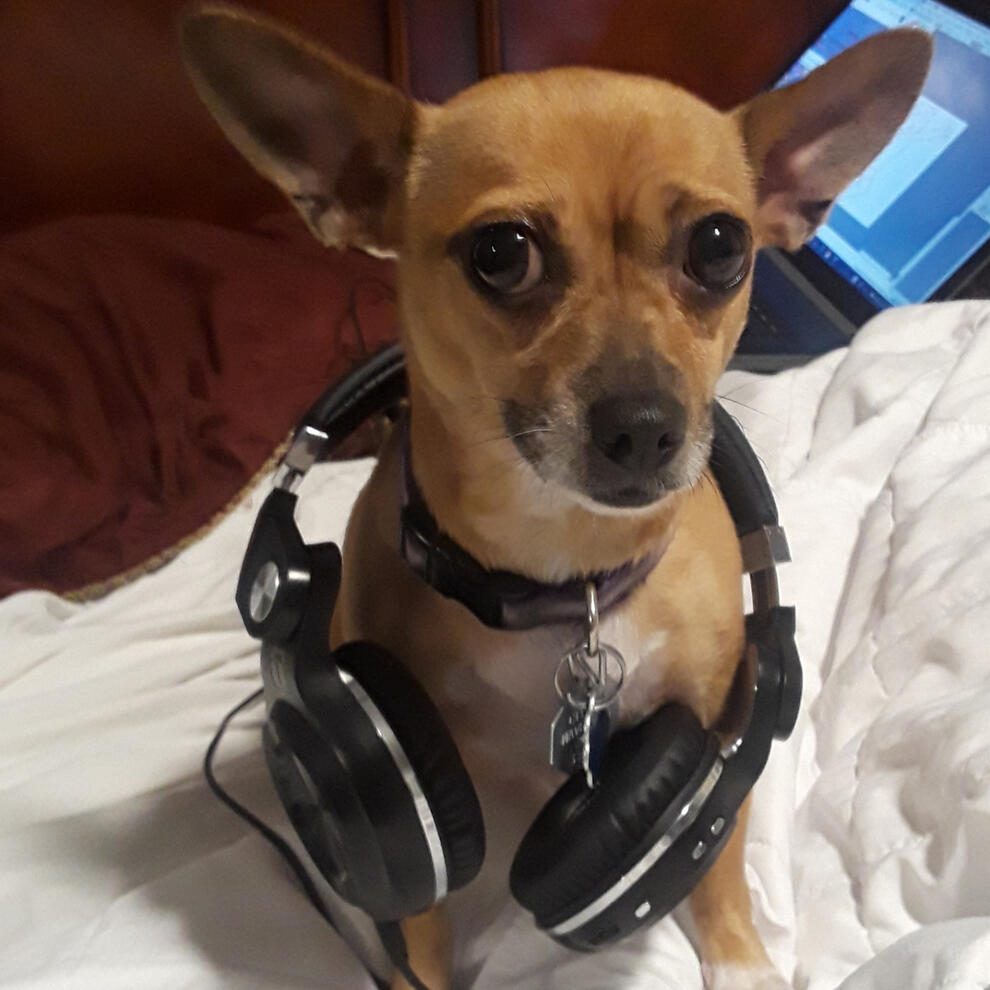 Jona is a voice actor with 3+ years of experience based in the Boston Metropolitan area. They can be heard in projects such as Sidequesting, Null/Void, Novitero, The Patron Saint of Suicides, and many more! They're also a trained singer and a huge fan of musical theatre. 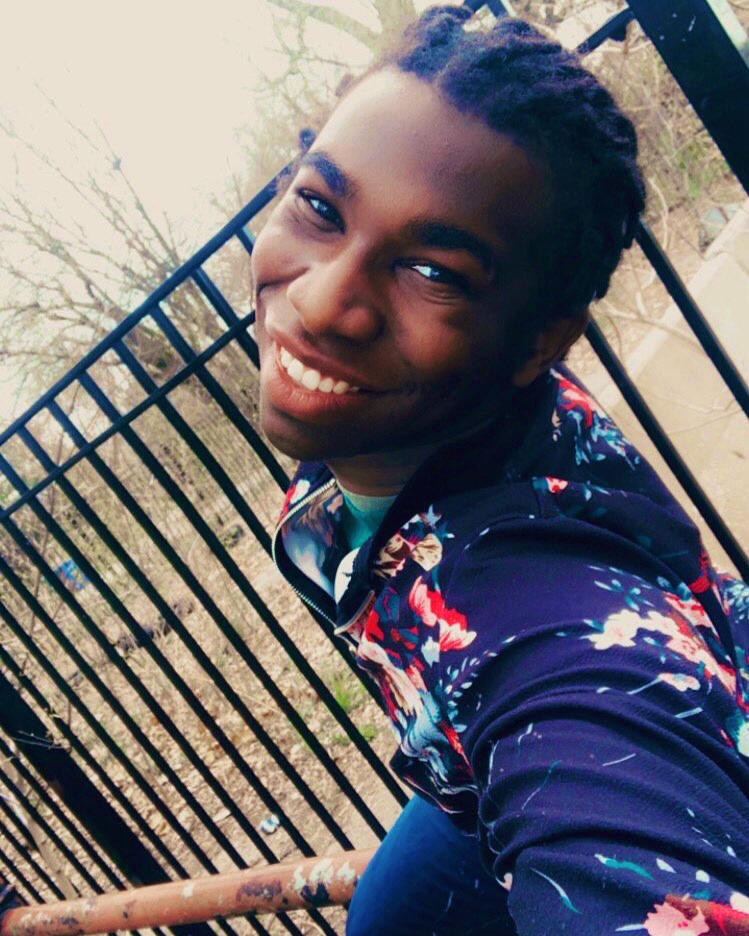 Chijioke B Williams has loved stories for as long as she can remember. The ability to connect the author and audience fascinates her endlessly, and she suspects that nothing is more central to the human experience than storytelling. Chi has been hosting a live radio show, Status Quo, for the past five years, during which she has immersed herself in audio drama and begun to write her own. Chijioke seeks to combine her experience as a journalist with her work in radio fiction to bring depth to the characters she writes and the worlds she builds. Chi's hobbies are parkour, sound design, and subverting societal expectations. She now lives in Chicago, where she can be found engaging in all three. 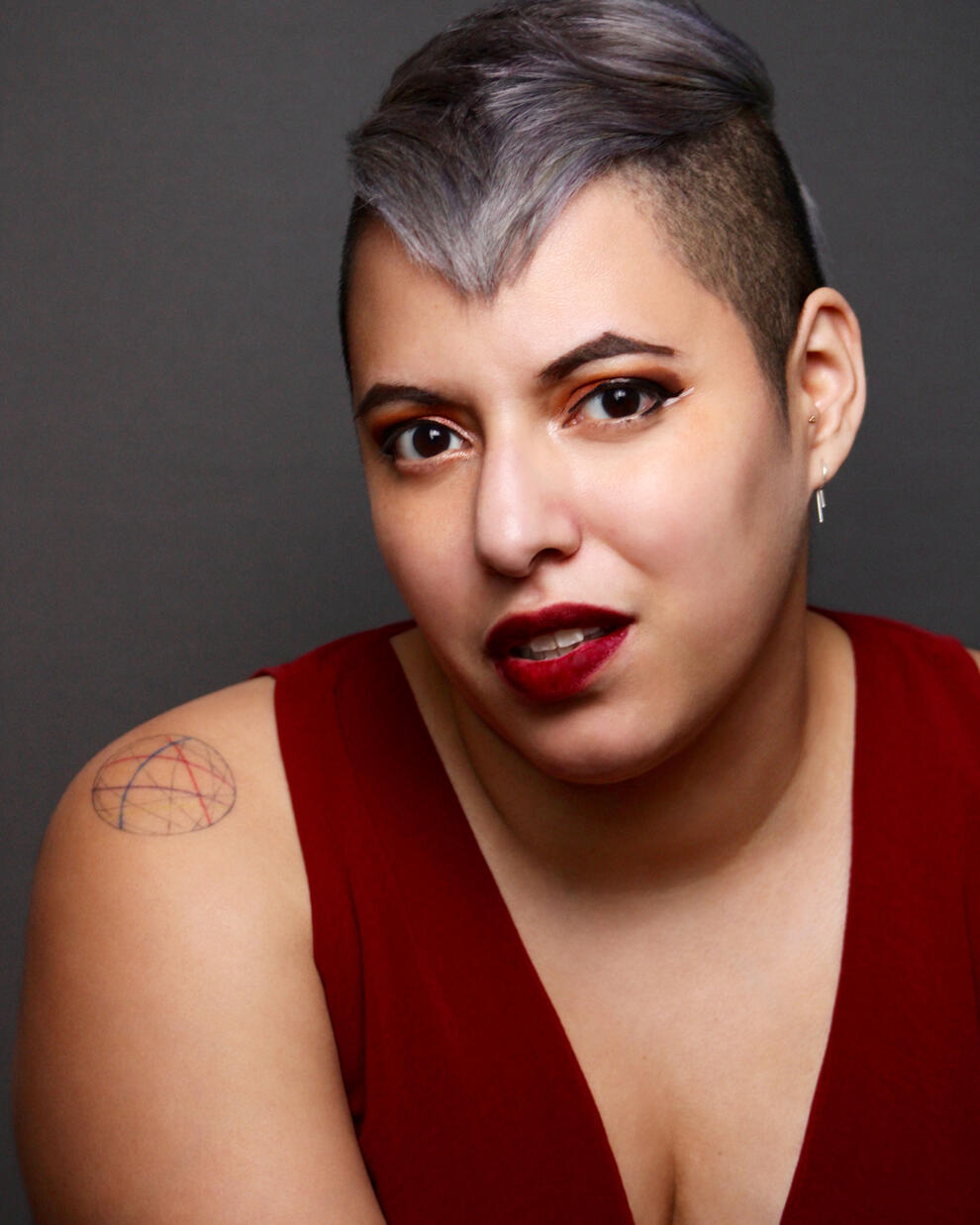 Lindsay Zana is an actor and singer with a love of Shakespeare, musical theatre and audio dramas. You can hear her in podcasts like Arden, Primordial Deep, Dining in the Void and more! She’s excited to lend her voice to WWBH.

When she’s not emoting behind a microphone, Lindsay can be found singing with the a capella group Top Shelf Vocal or snuggling with her pup Winston. You can find more info at lindsayzana.com. 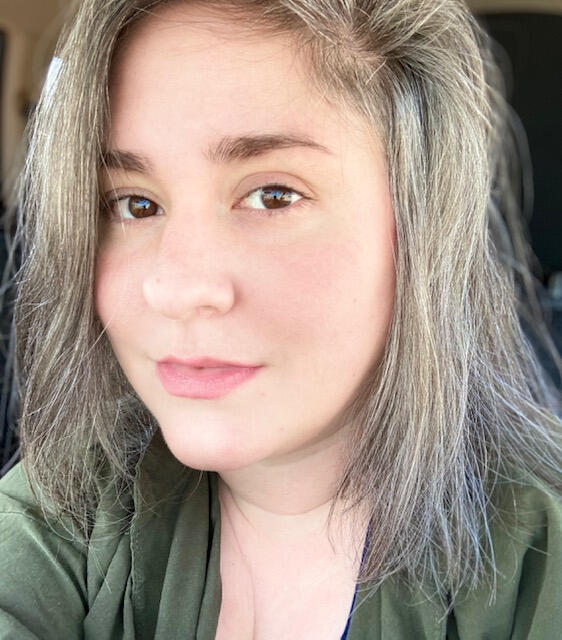 Caroline Mincks is an audio drama writer, director, designer, and voice actor. They are best known for creating Seen and Not Heard and SHIFTS and for co-creating Light Hearts, Hughes and Mincks: Ghost Detectives, and Surreal Love. Their voice can regularly be heard on all of those shows, as well as This Planet Needs a Name (Zahava), Ad Read (Computer God), The Reignition Theory (Captain Chloe Vasker), Me, My Demon, and I (Sister Mary), and they are a co-host on Empty the Queues. Off the mic, they serve on the board of directors at a local theatre, where they also direct children’s musicals. They can frequently be found daydreaming about running their own restaurant and chasing their son, Ethan, all over the house. 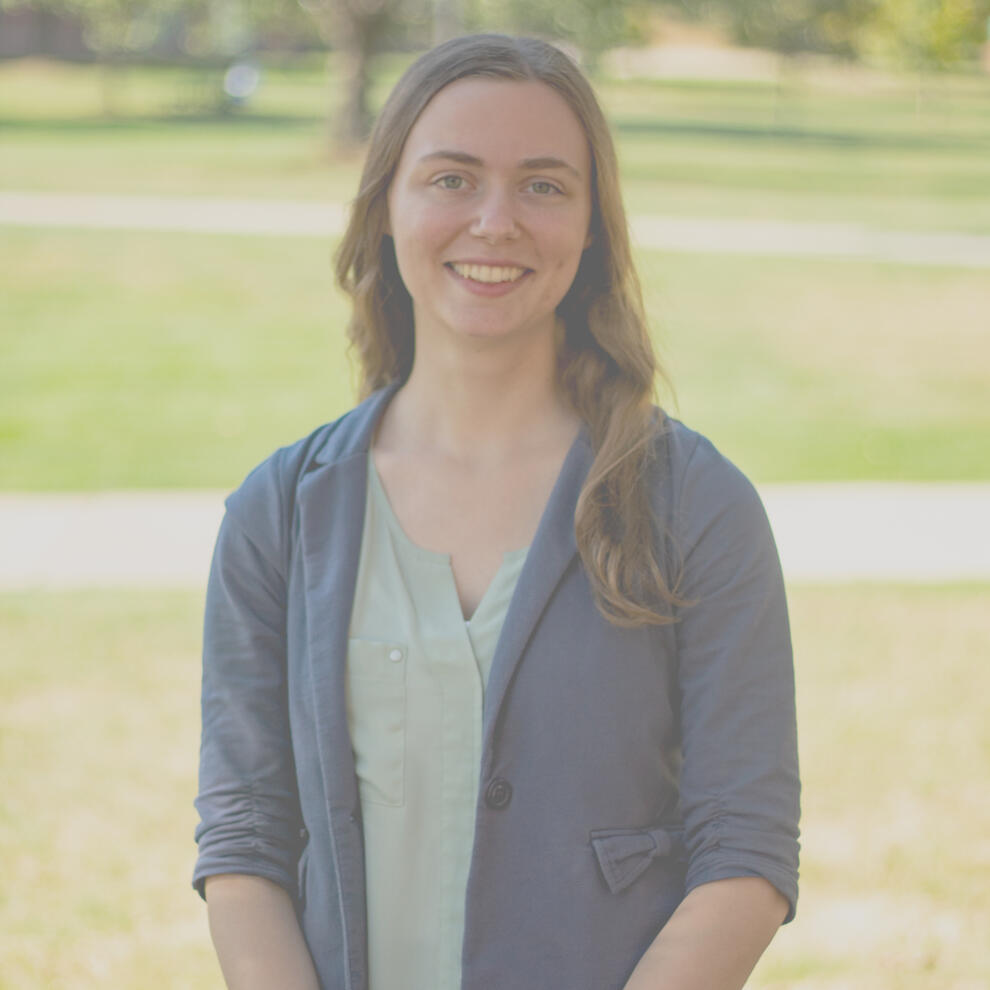 Alexandra is a digital marketer and graphic designer from Former Ohio. In her free time, she is an illustrator, sewer, crafter, and general jack-of-all-trades. She enjoys disappearing into the woods from time to time and dislikes golf courses. You can find her work at alexandrabaddour.com or check out her illustrative work on Instagram @alexbaddour. 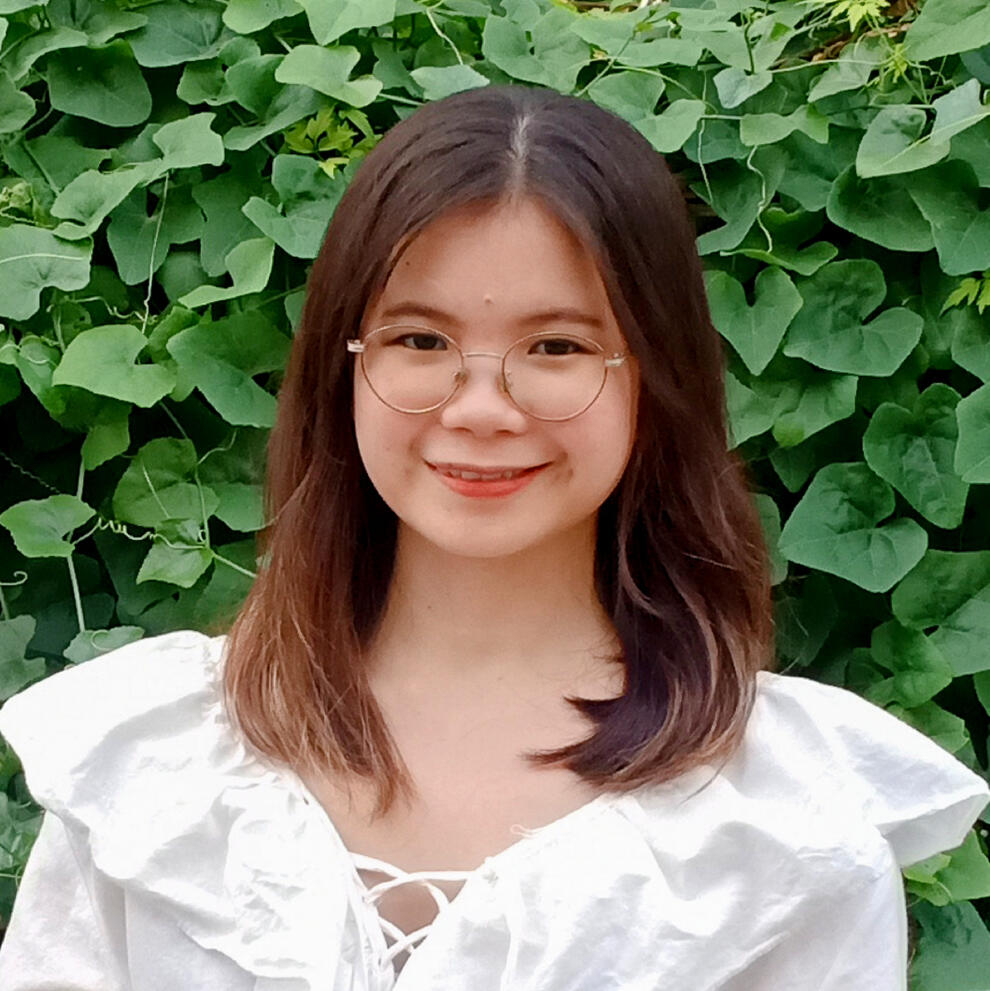 Phoemela delos Santos is a brand strategist, graphic designer, and illustrator based in South East Asia. She works freelance for corporate clients but is looking to break into the world of audio fiction, starting with What Will Be Here? You can find her art on IG: @veryfemy. 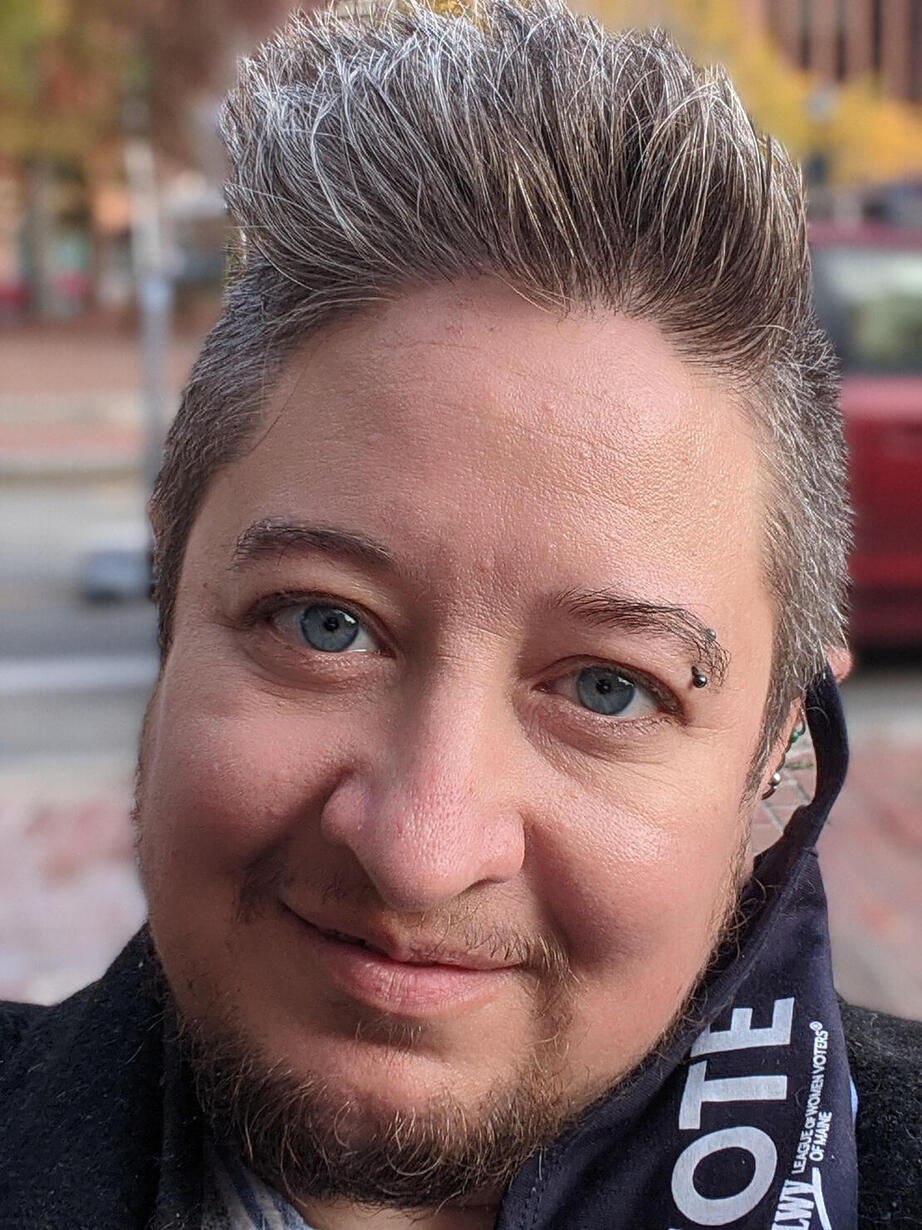 Evan Tess Murray has been a podcast creator and voice actor for about five minutes, a writer for about forever, and works as a professional feminist in Portland, Maine when they’re not podcasting. They launched their podcasting career by making everyone cry as Zei in This Planet Needs a Name, and you’ll be able to hear their voice in a few projects currently in production including a cameo role in the upcoming Seen and Not Heard. They genuinely believe in the power of stories to create community, supply comfort, and inspire action, and if you dig down to the bone you’ll find they’re made mostly of hope and defiance. 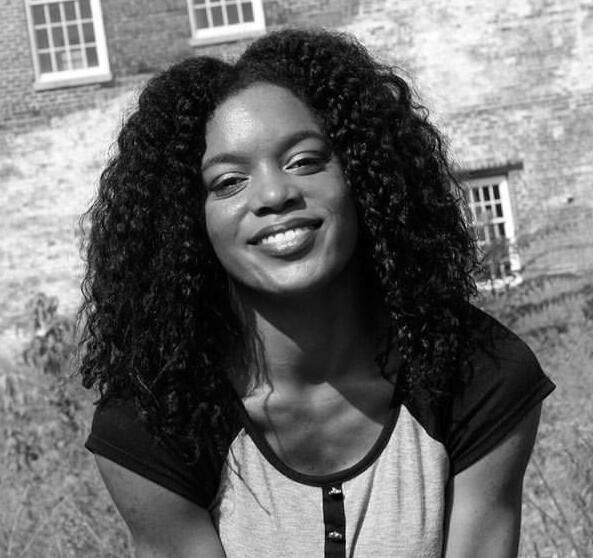 Benny James (any pronouns) is a composer and writer, currently attending NYU Tisch for Musical Theatre Writing. They’ve composed for several podcasts such as Project Ozma, Dining in the Void, and NULL/VOID.